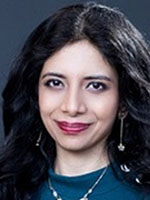 Anima Anandkumar is a Bren Professor at Caltech and Director of ML Research at NVIDIA. She was previously a Principal Scientist at Amazon Web Services. She has received several honors such as Alfred. P. Sloan Fellowship, NSF Career Award, Young investigator awards from DoD, and Faculty Fellowships from Microsoft, Google, Facebook, and Adobe. She is part of the World Economic Forum’s Expert Network. She is passionate about designing principled AI algorithms and applying them in interdisciplinary applications. Her research focus is on unsupervised AI, optimization, and tensor methods. 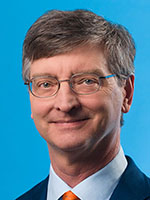 William “Bill” Gropp is a professor of computer science, currently holding the Thomas M. Seibel Chair, and director and chief scientist of the National Center for Supercomputing Applications at the University of Illinois Urbana Champaign. His current research interests are in parallel computing, software for scientific computing, and numerical methods for partial differential equations.

Bill has published many books and papers on MPI, initiated and led the MPICH implementation of MPI, co authored book “Parallel Multilevel Methods for Elliptic Partial Differential Equations,” and is a designer of the PETSc parallel numerical library and has developed efficient and scalable parallel algorithms for the solution of linear and nonlinear equations. 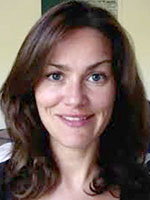 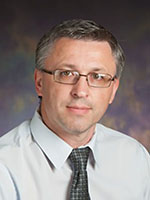 Dr. Volodymyr Kindratenko is a Senior Research Scientist at the National Center for Supercomputing Applications (NCSA), an Adjunct Associate Professor in the Department of Electrical and Computer Engineering, and a Research Associate Professor in the Department of Computer Science at the University of Illinois at Urbana-Champaign. He received the D.Sc. degree from the University of Antwerp, Belgium, in 1997 and the Specialist degree from the Vynnychenko State Pedagogical University, Kirovograd, Ukraine, in 1993. Prior to becoming a Research Scientist, he was a Postdoctoral Research Associate at NCSA. Dr. Kindratenko is leading NCSA’s Innovative Systems Lab where his research is focused on novel architectures and experimental systems for compute- and data-intensive applications, cloud computing, and deep learning at scale. 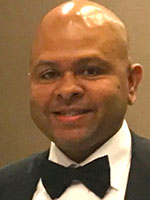 Raj Krishnamurthy is a Senior Technical Staff Member at IBM covering Data Science and Cognitive Solutions for POWER systems. He is an IBM Master Inventor and a elected Member of the IBM Academy of Technology, He has been a Technical Staff in the Systems division at IBM since 2006. His work has impacted several platforms, software products, and roadmaps at IBM. Raj holds 180+ issued patents and has written a number of external peer-reviewed publications. He has received an IBM Cognitive Systems GM Transformational Leadership award, best paper awards, Best of IBM award, Outstanding Technical Achievement Awards and an IBM Corporate Award. Raj holds a PhD in Computer Science and an MS/BS degree in Electrical Engineering. Raj evangelizes the benefits of Enterprise AI at various conferences, meetups and on twitter using the hash-tag #AIMeansBusiness and #BornOnPower. 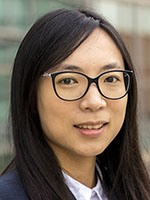 Bo Li is an assistant professor in the department of Computer Science at University of Illinois at Urbana–Champaign, and is a recipient of the Symantec Research Labs Fellowship, Rising Stars, MIT TR 35, and best paper awards in several machine learning and security conferences. Previously she was a postdoctoral researcher in UC Berkeley. Her research focuses on both theoretical and practical aspects of security, machine learning, privacy, game theory, and adversarial machine learning. She has designed several robust learning algorithms, a scalable framework for achieving robustness for a range of learning methods, and a privacy preserving data publishing system. Her works have been featured by major publications and media outlets such as Nature, Wired, Fortune, and IEEE Spectrum. 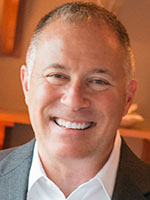 Brendan McGinty is the Director of Industry for the National Center for Supercomputing Applications (NCSA) at the University of Illinois at Urbana-Champaign (UIUC), where he leads the largest industrial high-performance computing program in the world. He also serves in the same role for the Center for AI Innovation and as Executive Director for the Center for Digital Agriculture. Brendan previously led corporate engagement for the College of Liberal Arts & Sciences at UIUC, where he is an alumnus, and was a longtime corporate consultant. 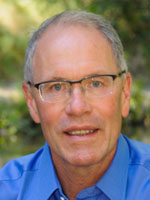 Wayne is currently the Deputy Director of the High-Performance Computing Innovation Center (HPCIC) at Lawrence Livermore National Laboratory (LLNL). He leads an exceptional team of LLNL scientists, engineers, and administrative staff in the Livermore Valley Open Campus (LVOC) who support open engagement and collaborative innovation with the private sector. He and his team work with industry, government, and academia to foster tech transfer of HPC applications and resources to make these game-changing capabilities broadly available for public benefit. HPC at this scale allows users to address computational challenges at revolutionary speed, detail and data density. Such world class capability has clear benefits and ROI across the full spectrum of applications including industrial design, drug discovery, and climate studies. Wayne works with technology leaders in industry to solve specific proprietary challenges and engages broadly with industry groups on common issues addressing entire sectors of the economy. He also works with leading academic institutions to support collaborative R&D between faculty and LLNL staff, and supports student engagement through sponsored research and internships. In addition, Wayne works with strategic domestic and international partner institutions that complement LLNL capabilities.

Wayne comes to this role with a long history of technical leadership and experience. He held a series of increasingly responsible research and management positions at LLNL that have included Associate Program Lead for Renewable Energy, Thermal Fluids Group Leader, and PI on internally funded R&D activities. Prior to joining LLNL, Wayne designed wind turbines at Kenetech Windpower, and developed helicopter simulation codes at NASA Ames. Wayne holds a Ph.D. in Mechanical Engineering from Duke University, with technical emphasis in methods of engineering simulation. 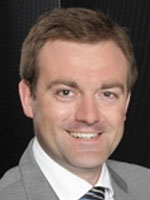 Morris Riedel is an Associate Professor at the School of Engineering and Natural Sciences of the University of Iceland and the Research Group Leader for the Federated Systems and Data Division at the Juelich Supercomputing Centre. He has years of research experience in parallel and scalable machine learning, statistical data mining, and high performance computing. 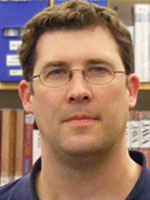 Jon Rowe is Professor of Natural Computation at the University of Birmingham, School of Computer Science, and Programme Director for the “Data Science for Science” programme at The Alan Turing Institute. He studied Mathematics at the University of Exeter, where he also did his PhD in Artificial Intelligence. After a brief spell in industry, he held various research positions, arriving in Birmingham in 2000. His main research areas are the theoretical analysis of randomised search heuristics (especially “nature inspired” algorithms) and the application of complex systems ideas to modelling biological and social phenomena. 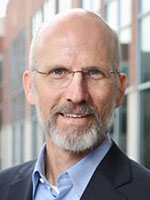 Wells retired in January 2021 from Oak Ridge National Laboratory (ORNL), following 23 years of service. Dr. Wells first came to ORNL from Vanderbilt University to perform his Ph.D. thesis research in computational physics and collaborate with ORNL experts in parallel computing. Following a postdoctoral fellowship at the Harvard-Smithsonian Center for Astrophysics, Wells joined ORNL’s Computer Science and Mathematics Division in 1997 as a Wigner Fellow. His experience at ORNL includes leading the Computational Materials Sciences Group and the Nanomaterials Theory Institute, as well as directing the Office of Institutional Planning in 2009–2011 and 2020. From 2011 to 2019, Wells was the Director of Science for the National Center for Computational Sciences, home of the Oak Ridge Leadership Computing Facility, a Department of Energy, Office of Science sponsored national user facility.  From 2006 to 2008, Jack served as legislative fellow in the office of US Senator Lamar Alexander. He has authored or co-authored more than 100 scientific papers and edited two books. His research interests span nanoscience, materials science and engineering, nuclear and atomic physics, computational science, applied mathematics, and text-based data analytics.

Wells is currently serving in 2020 as program chair of the Division of Computational Physics (DCOMP) of the American Physical Society, and president of OpenACC, a consortium dedicated to helping the research and developer community advance science by expanding their accelerated and parallel computing capabilities.